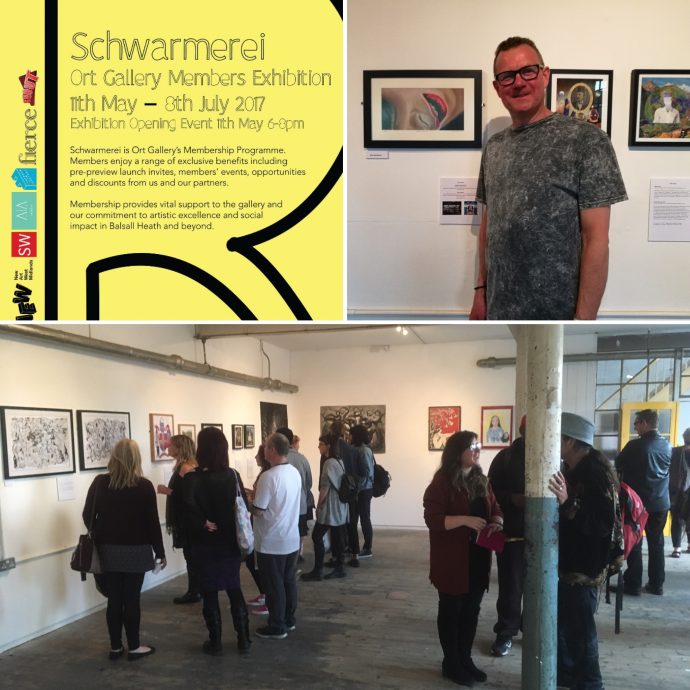 I was delighted to get my Isabella Rossellini pastel portrait submission accepted by the Ort Gallery, Balsall Heath, Birmingham for their Schwarmerei Members Show 2017.

My artwork was inspired by her performance in the cult film Blue Velvet written and directed by David Lynch.

The Ort Gallery is an artist-led exhibition space in Balsall Heath, Birmingham with the social mission to facilitate dialogue in the community.

The opening event of The Schwarmerei Members Show 2017 was on Thursday 11 May 2017. The launch evening was well attended and there was a real buzz happening on the night. It was great for me to meet and network with other exhibiting artists and to discuss their work.