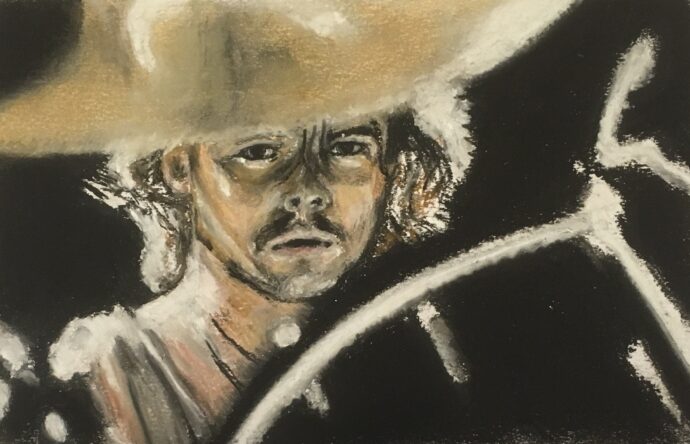 Who is Phil ‘Philthy Animal’ Taylor ?  – The legendary Motorhead drummer and this is my tribute portrait.
Original size:10 x 6.5 inch.
Totally inspired to do this portrait and I wanted to capture a more serious expression than Phil’s normal crazy face pulling.
I’ve been a massive fan of Motorhead since the late seventies and have seen the 3 Amigos line up (Lemmy, Phil, Eddie) live on many occasions. One of my most memorable Motorhead gigs was their ‘Ace Up Your Sleeve’ tour in 1980 at Birmingham Odeon where I caught one of Phil’s drumsticks! (Which I still have along with the tour shirt). Also their headlining of the Heavy Metal Holocaust at Port Vale FC in 1981 where Motorhead and Ozzy appeared on the same bill.
Sadly, Lemmy, Phil and Eddie are no longer with us but their music and legacy will last many lifetimes.

Limited edition, mounted prints of this artwork can be purchased here